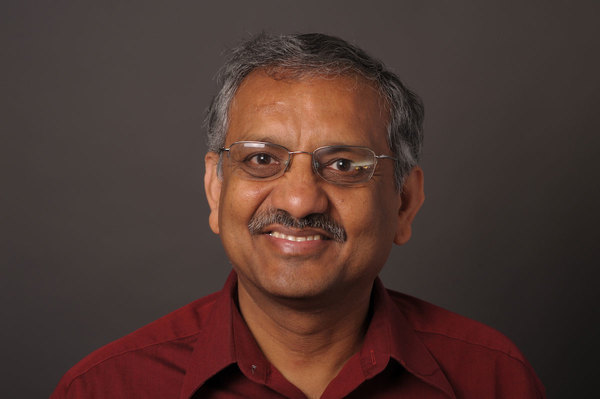 Umesh Garg, a professor in the Department of Physics at the University of Notre Dame, received a Fulbright U.S. Scholar Program award to India from the U.S. Department of State and the J. William Fulbright Foreign Scholarship Board.

Garg will carry out research and deliver lectures at the University Grants Commission-Department of Atomic Energy-Consortium for Science Research, Kolkata, as part of a project to investigate novel quantal rotations in nuclei. This work will focus on studies of wobbling motion in triaxial nuclei (the shape of a three-dimensional oval with three unequal axes) and on exploration of the chiral parity violation phenomenon.

Garg was awarded the opportunity in 2021, but was not able to attend because of the coronavirus pandemic. Because Fulbright awards are not eligible for deferment, he had to apply once more—and was successful again. He will be in Kolkata from October through February

Fulbright alumni include 60 Nobel Prize laureates, 86 Pulitzer Prize recipients, and 37 people who have served as a head of state or government.

“I am very excited, of course, to have been selected to be in this prestigious company, and am hopeful that I will be able to avail of the award this year,” Garg said.

As a Fulbright scholar, Garg will engage in research and foster connections in his field between India and the United States. and expand their professional networks, often continuing research collaborations started abroad and laying the groundwork for forging future partnerships between institutions.

He plans to carry out some experiments using an excellent gamma-ray detection facility in Kolkata, and will give lectures not only to scientists active in this field, but also to undergraduate and master’s students deciding whether they wish to pursue physics research as a career.

“I also hope to encourage bright students among this group to consider applying to our graduate program,” he said.

This is Garg’s second (and technically, third) Fulbright award. He was previously named a Fulbright Specialist in 2015. Garg joined the University of Notre Dame in 1982 as an assistant professor of physics, and earned full professorship in 1994. His bachelor’s and master’s degrees are from Birla Institute of Technology and Science, Pilani, India, and he earned his doctorate in physics from the State University of New York at Stony Brook.

Garg has been a Fellow of the American Physical Society since 1999, and has also received a Kaneb Award for Excellence in teaching. Additionally, he has received the Notre Dame Faculty Award in 2018, was named the recipient of the inaugural Terrence Akai Award for service to international students, and in 2017 was named a fellow of the American Association for the Advancement of Science.

The Fulbright Program is the flagship international educational exchange program sponsored by the U.S. government and is designed to forge lasting connections between the people of the United States and the people of other countries. The Fulbright Program is funded through an annual appropriation made by the U.S. Congress to the U.S. Department of State. Participating governments and host institutions, corporations, and foundations around the world also provide direct and indirect support to the program, which operates in more than 160 countries worldwide.

Tammi Freehling contributed to this report.