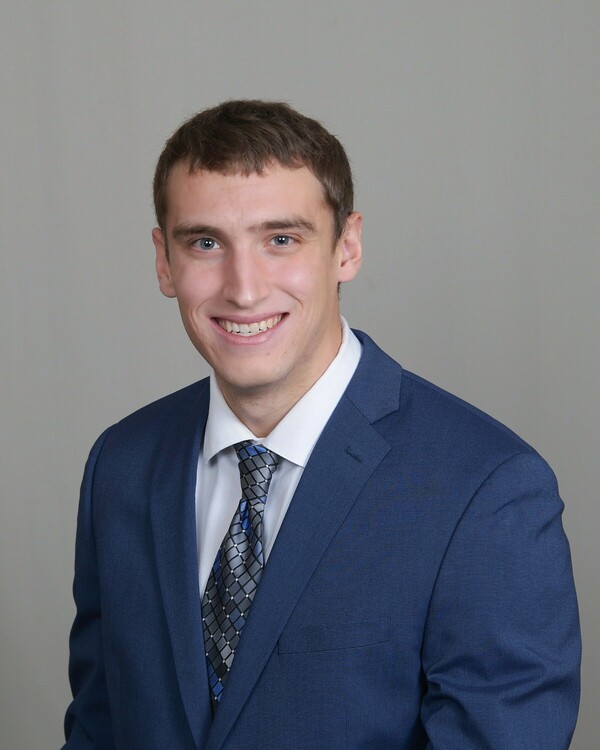 University of Notre Dame senior Andrew Burke ’22 has been awarded the 2022–23 Churchill Scholarship.

Burke, originally from Stewartsville, New Jersey, is a mathematics honors major with a concentration in computing. In addition, he is a Glynn Family Honors Scholar and a 2021–2022 Goldwater Scholarship recipient.

“I was very excited to hear the news that I had won this scholarship. I’d like to thank my family for their support, Emily Hunt and Jeff Thibert from CUSE [Flatley Center for Undergraduate Scholarly Engagement] for helping me out with the application, and all my teachers in the math department,” Burke said.

The Churchill Scholarship is a prestigious fellowship that provides American students funding to attend Churchill College within the University of Cambridge for one year of master’s study in disciplines of science, engineering, or mathematics. This year, the Churchill Foundation received 110 applications from 73 institutions and awarded 16 scholarships.

The program was established under the vision of Sir Winston Churchill to advance the sharing of scientific knowledge between the United States and the United Kingdom. The scholarship includes full tuition remission, a stipend, and additional research grant opportunities.

At Notre Dame, Burke researches differential topology with Professor Emeritus Francis Connolly. Additionally, he is writing a senior thesis on algebraic geometry with Assistant Professor Eric Riedl. He has taken immersive coursework in mathematics, including graduate-level classes during his junior and senior year, and has presented posters at conferences at Notre Dame as well as outside institutions. He is actively involved in the mathematics department through his roles as an honors math tutor and leader of a reading group on topology.

Outside of the classroom, Burke is an offensive analyst for the Notre Dame football team and volunteers with Riverbend Math Circles.

There have only been two other Churchill Scholarship recipients in Notre Dame’s history since the inception of the program in 1963: MurphyKate Montee ’13 and Andrew Manion ’09.