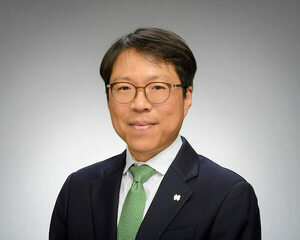 In May 2011, cancer patients and their health care providers faced grave uncertainty as they experienced a shortage of the essential oncology drug paclitaxel. Crucial for many who are treating ovarian, breast, lung and colon cancers, this IV chemotherapy drug is one of many that become prone to sudden scarcity due to manufacturing interruption. When these pharmaceutical drug shortages occur, health care providers must compensate for the lack of life-saving medication by rationing, seeking alternatives or even suspending treatment altogether.

To address the growing problem, the U.S. Food and Drug Administration launched a new mandate in 2012 requiring all drug manufacturers to report any manufacturing interruption that might lead to shortages. Canada followed with its own mandate in 2017 and policymakers in multiple countries have since either implemented or are considering similar mandates to curb shortages.

To explore if and how the FDA’s mandate has affected drug shortages, researchers analyzed policy changes and data from the U.S. and Canada following both countries’ mandate rollouts. Their findings are detailed in the paper “Alleviating Drug Shortages: The Role of Mandated Reporting Induced Operational Transparency,” published in Management Science by co-authors Junghee Lee of the Mendoza College of Business at the University of Notre Dame, Hyun Seok “Huck” Lee of the Korea University Business School and Hyoduk Shin and Vish Krishnan of Rady School of Management at the University of California, San Diego.

“In terms of just pure numbers, shortages appear minimal, and so some have argued that only 200 out of 5,000 drugs experience shortages. So it’s less than 4 percent, and therefore we’re doing good,” said Lee, assistant professor of information technology, analytics and operations and an expert in innovation and technology management in supply chains and health care operations. “However, the impact is rather significant because we’re talking about our health care. For example, according to a 2017 study, the shortage of norepinephrine in 2011 is associated with about a 4 percent increase in in-hospital mortality.”

Realizing that these policies are still in their early stages, the researchers wondered if these mandates actually impact drug shortages and whether more transparency about manufacturing interruption affects competition. Additionally, can policymakers do even more to influence the pharmaceutical industry and decrease drug shortages?

Using drug-shortage records from the U.S. between 2010 and 2015 and from Canada between 2017 and 2019, the researchers paid special attention to the time-to-recovery (TTR) for individual drug shortages (i.e., how long before a stalled drug is replenished) and annual-days-of-shortage (ADS) for each drug. Their research shows that mandated reporting policies do reduce both TTR and ADS; however, the success of the policy hinges on the level of competition in the industry concerning the drug in question.

“Before the mandate, it took competitors in the industry much more time to recognize when one firm was failing to supply a drug and then realize it was an opportunity for the competitor to ramp up production,” said Lee. “To increase production takes time — sometimes a week, sometimes a month. But this mandate forces the manufacturer to report any kind of issue and make their operational situation more transparent, which induces more healthy competition.”

This mandated transparency appears most effective in a duopoly where competition is split evenly, or close to evenly, between two competitors. For a drug that is produced by one manufacturer, or mostly by one manufacturer, there is little that transparency can accomplish as that supply is lost either way. Lee and the research team initially presumed that the mandate would be more effective for drugs with more competition, but were surprised to find the opposite was true.

“If I’m a manufacturer and there are 10 other companies producing the same drug, then my market share is small,” said Lee. “Therefore, I have less economic incentive to hurry up and fix my production. But if I have 50 percent market share and if I’m on the verge of losing it, I will be very desperate.”

Despite there not being any direct penalty for incurring shortages, firms are more inclined to report interruptions than they were before the mandate in order to work quickly to recover losses before competitors step in to fill the gap.

“I was a little bit suspicious,” said Lee. “But indeed, they took this mandate very seriously, and they anticipate what’s coming after revealing their issue. That’s due to competition.”

However, relying solely on industry competition to eradicate drug shortages has its limits, as shown not only via monopolies and highly competitive oligopolies, but also through operational structures. Lee explained that another angle for researchers to explore is what can be learned from the manufacturing process itself.

“It’s very typical that one big generic manufacturer produces hundreds of drugs and not surprisingly, that same company experiences drug shortages multiple times, even for the same drug,” he said. “Can a firm improve if they experienced a shortage before? Because at least some group of their employees have already resolved that issue for one instance and if they are facing another issue, then can’t they better resolve this next one?”

Overall, Lee hopes the outcome of this study will encourage more policymakers across the globe to adopt mandates similar to those in the U.S. and Canada since the empirical data suggests that operational transparency does lessen the number of drug shortages. The researchers also concluded that policymakers should use inventory data to better monitor the severity of shortages in order to develop more advanced warning systems and mitigate the shortages before they occur. Ultimately, though, Lee wishes to see even more supply-chain transparency.

“As consumers, or patients, we can ask where do these drugs come from? Who manufactures them? And then potentially we’re willing to pay a couple more bucks if it’s domestically manufactured or sourced from proven suppliers,” said Lee. “If we have those intentions more explicit, then the change will be expedited and then we’re going to have a transparent supply chain sooner.”