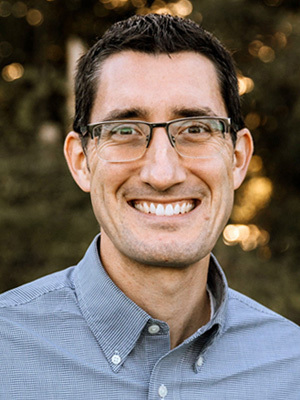 Researchers at the University of Notre Dame discovered a new type of cell in the heart that may help regulate heart rate, and could be an important key in understanding certain types of congenital heart defects and other diseases that involve the heart.

The cells, which were termed nexus glia, resemble critical glial cells called astrocytes in the brain, according to research completed in the lab of Cody Smith, the Elizabeth and Michael Gallagher Associate Professor in the Department of Biological Sciences. When the newly identified cells were removed, the heart rate increased, and when they were deprived of a key gene that drives their glial development, the heart beat irregularly. The research was published recently in PLOS Biology.

“For me the definition of great science is something that you discover that opens up even more questions, and this, I think, is the definition of that,” said Smith, who is also affiliated with the University’s Center for Stem Cells and Regenerative Medicine. “It’s a discovery that now we have 100 questions we didn’t even know existed, so we’re following up on them to explore this path that has never been studied before.”

And while there is not a definitive connection between the discovery and congenital heart defects, these cardiac nexus glia cells are located in the outflow tract of the heart, the same place where many congenital heart defects are found. The outflow tract is a structure that forms during development and contributes to a pathway connecting the ventricles to the arteries leaving the heart. The research team discovered the cells first in zebrafish hearts, then confirmed their existence in both mouse and human hearts.

Astrocytes were previously thought to reside only in the central nervous system — the brain and the spinal cord. Researchers in the Smith lab had wondered why organs that are supplied with nerves by the peripheral nervous system, which include all the remaining nerves in the body, did not appear to have astrocyte-like glial cells. They play an important role in building and maintaining neural circuits in the brain. Why would they not also exist elsewhere?

Nina Kikel-Coury, first author of the paper and a recent graduate of Smith’s lab, said she searched for astrocyte-like glial cells in the heart because of the gap in knowledge, and because glial cells have been found in multiple organs, including the pancreas, spleen, lungs and intestines. However, their function is not always clear.

“I thought that if we could find a new cellular piece to the cardiovascular puzzle, it could be foundational for future work,” she said.

Kikel-Coury was particularly interested in how these cells factored into a group of medical conditions called dysautonomia, which result from faults in the autonomic nervous system. She has one of the conditions, postural orthostatic tachycardia syndrome (POTS), which causes lightheadedness, fainting and a rapid increase in heart rate.

While POTS could potentially be linked to the new cell discovered in the fundamental research outlined in the study, it is too soon to tell, Smith said.

“We don’t completely know the function of these cells, but the concept that if you get rid of them, heart rates increase, could link it to certain disease cases,” Smith said. “I think these glial cells could play a pretty important role in regulating the heart.

“This is another example of how studying basic neurobiology can lead to the understanding of many different disorders,” Smith said. “I’m excited about the future.”

The research was funded by the University of Notre Dame, the Elizabeth and Michael Gallagher Family, the Alfred P. Sloan Foundation and the National Institutes of Health.

Originally published by Deanna Csomo Ferrell at news.nd.edu on November 18, 2021.