May 20, 2020
This post was originally published on this site 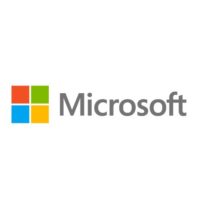 Microsoft is announcing that it is the official Cloud Computing Sponsor of the Indy Autonomous Challenge (IAC). Energy Systems Network (ESN) and the Indianapolis Motor Speedway (IMS) are primary organizers of the IAC, a $1.5 million prize competition among universities to program autonomous-modified Dallara IL-15 racecars. The teams will compete in the world’s first head-to-head race at speeds of up to 200 mph around the famed Indianapolis Motor Speedway on October 23, 2021.

“With participation from teams around the world, the IAC competitors needed a powerful cloud platform that enables development of radically advanced technologies while collaborating with team members in various remote environments,” said Matt Peak, managing director of Energy Systems Network (ESN). “ESN is excited that Azure is now in the hands of Indy Autonomous Challenge university teams as we welcome Microsoft as an official sponsor.”

“The accelerated growth of autonomy is one of the trends shaping the future of mobility,” said Sanjay Ravi, Automotive GM at Microsoft. “We at Microsoft are happy to support and amplify awareness of the amazing work that is being done in the autonomous development space and highlighted so well by the Indy Autonomous Challenge. I look forward to seeing the innovations driven by the hard work and creativity of all the students engaged here.”