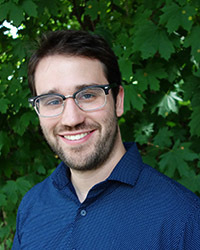 Brian Mulholland does not see failing as a defeat, but rather an opportunity for growth. Now, in conjunction with other calculus professors in the Department of Mathematics, he has implemented a mastery-based grading system that incorporates the same point of view into students’ test scores.

In a mastery-based grading system, the first percentage that students earn on an exam does not necessarily remain as their final grade. Instead, students have the opportunity to retake assessments on certain concepts as many times as they would like. Mulholland views the initial assessment as a way for students to figure out what they know, so that they understand what they need to study for the next chance to take an exam.

“The first opportunity becomes less about failing and passing; it’s more about [students realizing] ‘hey, I understand this concept’ or ‘I don’t and still need to grow,’” Mulholland explained. “Later on, if students demonstrate mastery, they still get full credit.”

Mulholland was inspired to adopt this grading system after working with a student who scored in the 20s on a midterm exam. Shocked about his poor performance and understandably frustrated, the student considered dropping the course. But Mulholland encouraged the student to stay and worked with him one-on-one, and the student earned one of the top grades on the final.

As this student demonstrated, a mastery-based system not only promotes better understanding of complex topics, but it also allows professors to award more meaningful grades. An “A” reflects how well a student knows the material at the end of the course, not the mistakes they made in the past or their scores compared to their classmates on a curve.

“I’m better able to see where I made a mistake during these mastery grading assessments, and I always feel more confident going into these assessments because I know I’m developing a true understanding of the material rather than memorizing and ‘copying and pasting’ learned information,” explained Calculus III student Delaney Ryan.

Her classmate, Isaiah Michael Alvendia, added that the system has significantly reduced his quiz and test anxiety. “With mastery grading, I have seen better understanding of topics, better performance in class compared to more traditional math classes, and more stress-free review sessions before the weekly low-stakes quizzes,” he said.

The mathematics department first implemented mastery-based grading in linear algebra courses during the fall of 2020, when COVID-19 turned traditional classroom teaching upside down and gave professors the flexibility to try new techniques. Mulholland and Sonja Mapes-Szekelyhidi, associate professor of the practice and director of undergraduate studies for the Department of Mathematics, received so much positive student feedback in their course that the department decided to incorporate this system into all Calculus III classes this fall.

“[The math department] is always happy when passionate instructors introduce innovative and exciting course ideas,” said Richard Hind, professor and Chair of the Department of Mathematics.

Mulholland is acting as co-chair with Mapes for Calculus III and teaching one section of the course himself, which has six other sections. He reported that his fellow instructors might not have adopted mastery-based grading on their own, but they were enthusiastic about the approach once he explained its methodology.

“Faculty are very supportive of trying to help their students, which is great, because that’s part of the reason I work at Notre Dame,” Mulholland said. “Our faculty do great research but also, at the same time, they really care about their students and the undergraduate population.”

Mulholland’s own interest in nontraditional pedagogy began during his undergraduate studies. “I got a lot of hands-on experience with my professors, and I was working with a lot of my fellow classmates, and…I felt like I always learned best when I was working with friends. As I became an instructor,…I wanted to be able to try and replicate that in the classroom,” he said.

In fact, mastery-based learning has allowed Mulholland to build closer connections with his students. He was surprised to see how many more students attended office hours after the implementation of this new grading system. They would come prepared with specific questions on concepts they missed or skills they did not understand, which promoted deeper learning and more student-faculty interaction.

As Mulholland explained, “[Mastery grading] creates a good rapport between instructor and student. In a traditional system it’s almost adversarial, like I’m testing students and going against them, whereas in this system I’m asking [students] to show me what they’ve learned. We’re walking together to grow and learn, and I’m there as an advocate.”

From a student perspective, Ryan said it seems like professors “are more open in their desire for you to do well and have you succeed in your mastery of the course… I would love to see what it would look like implemented in other courses.”

Mulholland is discovering how to become a better teacher as he promotes his students’ learning. Inspired by his own and others’ so-called failures, he and the Department of Mathematics have adopted a successful new way to assess undergraduate student achievement.

“It seemed like for people in our traditional system, failing was not an option, because it was not used as an opportunity for growth. So I wanted to create a system where students were able to have room to fail, because that means they have room to learn,” Mulholland said.