LoSecco wraps up year as a Jefferson Science Fellow 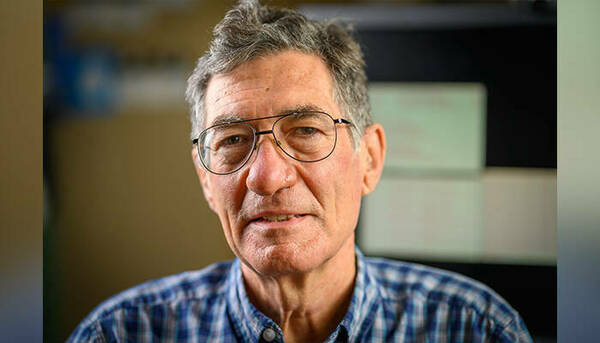 When Physics Professor John LoSecco was in Washington, D.C. in 2019 to serve on a panel for the U.S. government, a supervisor approached him to apply for the Jefferson Science Fellowship Program through the National Academies of Science.

Though the work wouldn’t relate directly to his research in the field of elementary particle physics, he jumped at the chance to apply, and was named one of 15 Jefferson Fellows for 2020-2021.

The Jefferson Science Fellowship Program is designed to further build capacity for science, technology and engineering expertise with the U.S. Department of State and the U.S. Agency for International Development (USAID).

During his term, LoSecco used applied quantitative analysis techniques to evaluate the effectiveness of several programs within USAID. The efforts included surveying field reports on non-permissive environments (places where local conflicts make field operations dangerous), and reviewing 5G infrastructure to understand and compete with Chinese telecommunications infrastructure investment in developing nations, among others. These projects assist USAID with their goal of ensuring that recipient countries are self-reliant.

“We have many missions throughout the world, and some are in dangerous places,” LoSecco said. “The connection between this work and what I do in particle physics is that basically we’re dealing with data, and there is a good correlation.”

LoSecco received his undergraduate degree in physics from The Cooper Union for the Advancement of Science and Art in New York, and his master’s and doctorate degrees from Harvard University. He held faculty positions at the University of Michigan and CalTech before joining the Notre Dame Physics Department. He is a co-recipient of the Bruno Rossi prize in high energy astrophysics, and is a Fellow of the Royal Astronomical Society. He was a Fulbright Scholar in 2012-2013.

LoSecco said he is impressed with the people who he had worked with at USAID, all of whom are dedicated, knowledgeable, and effective, and they are interested in innovation in many forms. He recommends that other senior faculty members consider applying for the program.

“I recommend that others at Notre Dame apply for the Jefferson Science Fellows Program because one gets to see how the government works and can contribute technical skills,” LoSecco said. “One also builds relationships with government officials, research fellows from other universities, and with the National Academy.”

Mary Ann McDowell, associate professor of biological sciences and faculty for the Eck Institute for Global Health at the University of Notre Dame, was named a Jefferson Fellow in 2019-2020.