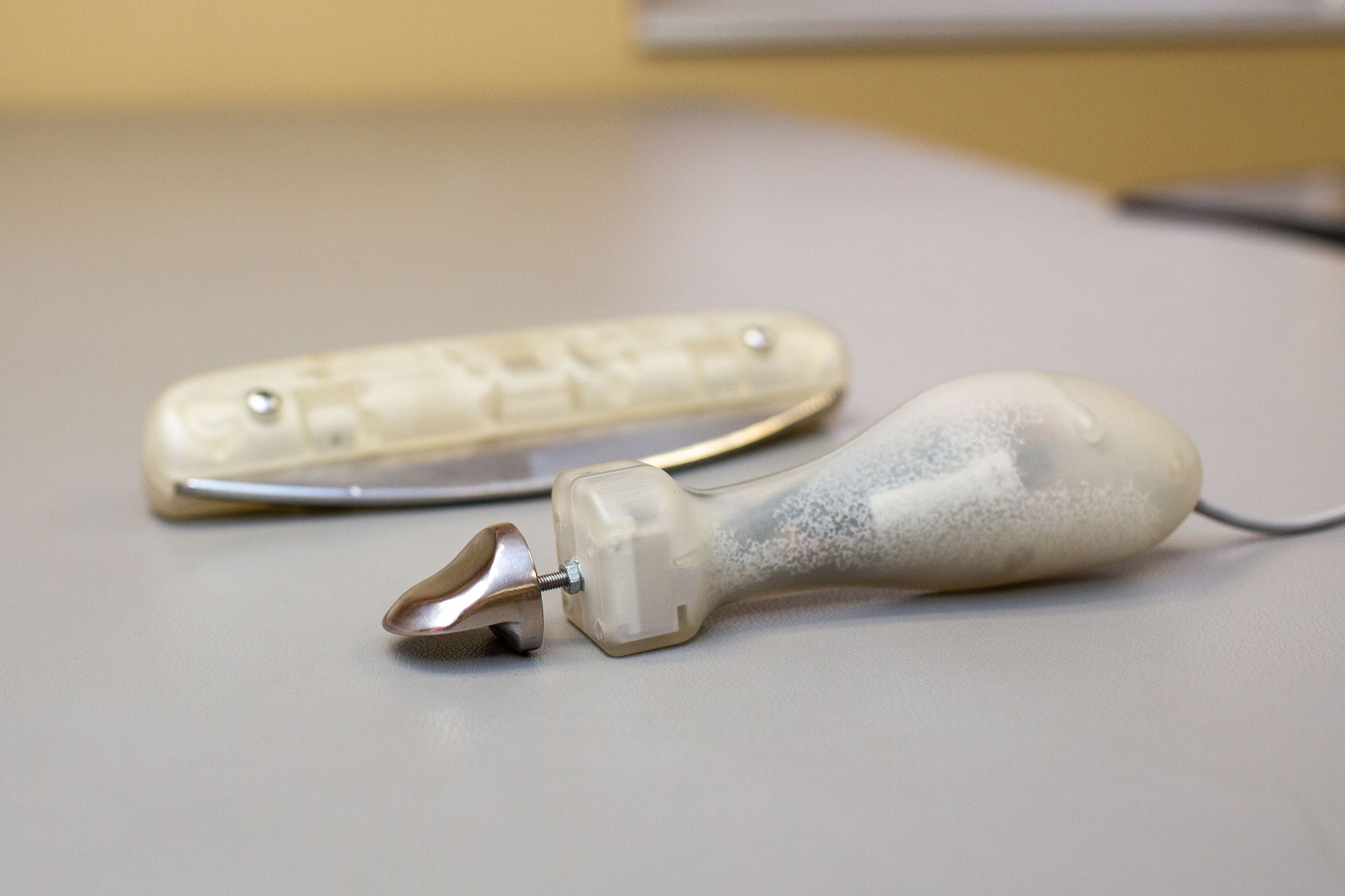 Health Smart Technologies Inc., a medical device startup, is developing a force-sensing instrument system called Quantifiable Soft Tissue Manipulation, or QSTM, that can quantify the forces applied during manual therapy. A metal tip on each device transmits the applied forces to a 3D load cell that sends measured force signals to a microprocessor. The microprocessor computes the pressure, angle, duration and stroke frequency of the tool during targeted soft-tissue manipulation. The information can be displayed on a laptop computer or a tablet for real-time monitoring and recording of relevant data.

Terry Loghmani, an associate professor in the School of Health and Rehabilitation Sciences at IUPUI, is president of Health Smart Technologies. She said there are currently no clinical methods to quantify the force and motion variables used in soft-tissue manipulation, such as therapeutic massage. This can lead to variable and inconsistent application within and between clinicians.

“This is a problem because the results of soft-tissue manipulation are dependent on pressure,” she said. “My colleagues and I have conducted interviews and surveys with medical professionals around the country, and the results show a clear need for this kind of technology.”

“It accurately measures the force, orientation and angle of pressure delivered to the intact surface of a patient’s skin during soft-tissue manipulation treatment used as a noninvasive and nonpharmacological approach to musculoskeletal injuries,” she said.

Sohel Anwar and Stanley Chien of the Purdue School of Engineering and Technology at IUPUI co-founded Health Smart Technologies with Loghmani. Anwar is an associate professor of mechanical engineering, and Chien is a professor of electrical and computer engineering. The startup licensed Quantifiable Soft Tissue Manipulation from the Indiana University Innovation and Commercialization Office, which protects, markets and licenses intellectual property developed at Indiana University so it can be commercialized by industry.

“Along with developing QSTM, we will look to secure industry partnerships or sublicensees,” she said. “We will also pursue local and federal grants.”