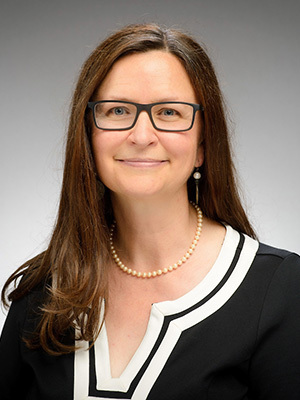 Three faculty members at the University of Notre Dame have been named fellows of the American Association for the Advancement of Science (AAAS).

Patricia L. Clark, the Rev. John Cardinal O’Hara, C.S.C., Professor of Chemistry and Biochemistry, associate vice president for research and director of the Biophysics Instrumentation Core Facility at Notre Dame, is being honored for her seminal contributions in characterizing the biology and biochemistry of unfolded proteins, and for her pioneering work in the consequences of synonymous substitutions on fitness. Clark studies how proteins — the powerhouses of human cells — fold or misfold into three-dimensional shapes as they are synthesized and secreted across cell membranes. Misfolded proteins can lead to a variety of diseases, from cancer to Alzheimer’s disease.

Darcia Narvaez, professor emerita of psychology, is being honored for her distinguished contributions illuminating typical and atypical development in terms of well-being, morality and sustainable wisdom. Narvaez examines how early life experience, the “evolved nest,” influences moral functioning and well-being in children and adults and integrates evolutionary, anthropological, neurobiological, clinical, developmental and education sciences in her work. Narvaez received the William James Book Award from the American Psychological Association and the inaugural Expanded Reason Award for research for her book “Neurobiology and the Development of Human Morality: Evolution, Culture, and Wisdom.”

Michael Pfrender, professor of evolutionary and ecological genomics and director of Notre Dame’s Genomics and Bioinformatics Core Facility, is being honored for his distinguished contributions to the field of ecological and environmental genomics, and in particular for work developing the genomics of the species Daphnia, often referred to as a water flea, as a model evolutionary system. Pfrender’s work connects genome structure, quantitative genetic architecture, patterns of gene expression and gene evolution with the process of, and limits to, adaptation in changing environments.

The election of AAAS fellows is an honor bestowed upon members by their peers.

Originally published by Notre Dame News at news.nd.edu on January 26, 2022.