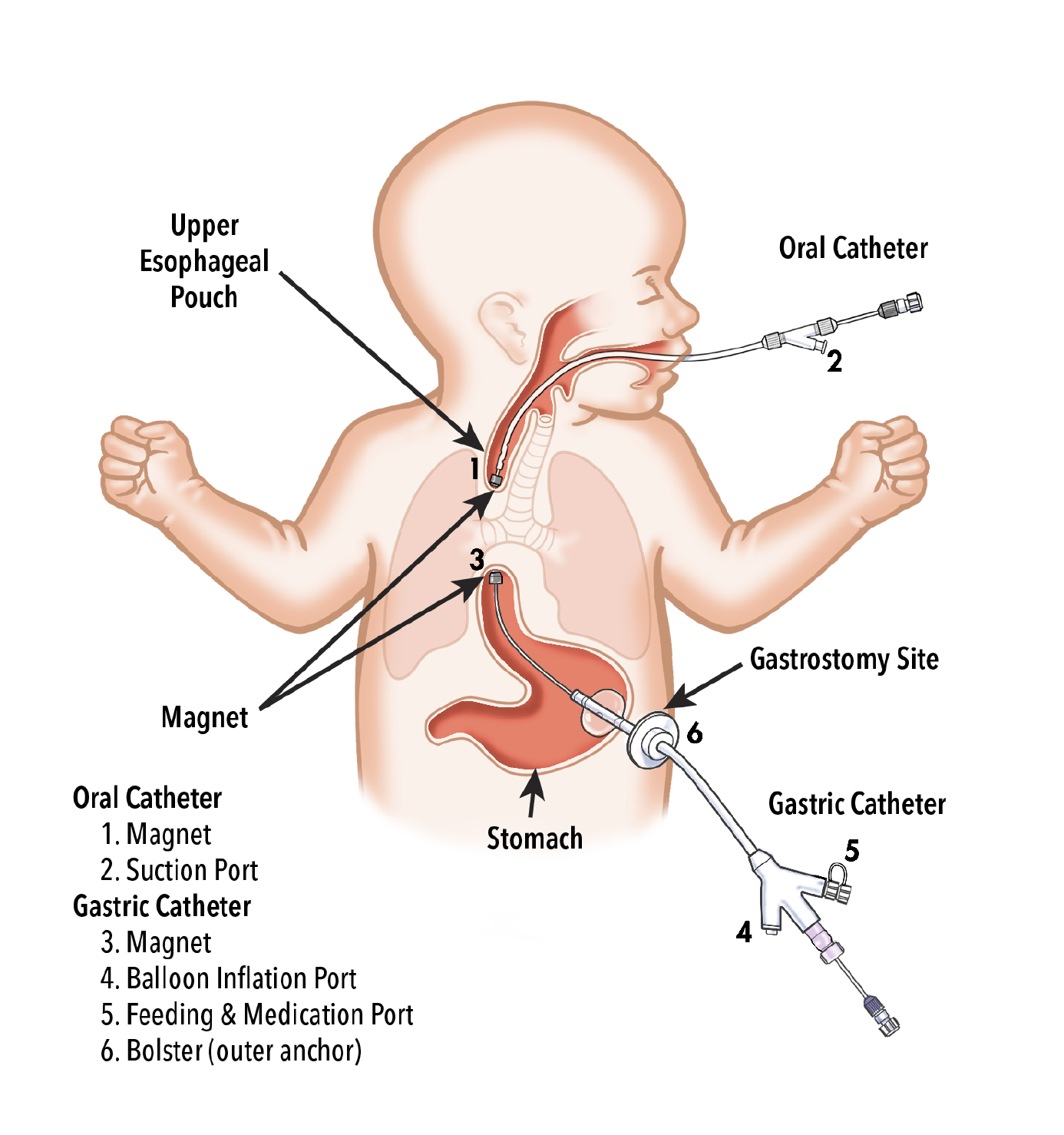 Esophageal atresia is a birth defect of the esophagus, the tubular structure connecting the mouth to the stomach, in which the upper portion of the esophagus does not connect to the lower portion of the esophagus and stomach. Surgery has traditionally been the only treatment option to repair the malformation until Dr. Mario Zaritzky, a pediatric radiologist at the University of Chicago Medical Center, and Cook collaborated on the development of a minimally invasive, magnet-based approach.

The Flourish Pediatric Esophageal Atresia device uses rare earth magnets that are inserted into the upper and lower ends of the infant’s esophagus. Over the course of several days, the magnets gradually stretch both ends of the esophagus, after which the tissue connects to form an intact esophagus. To date, 16 patients have been successfully treated with this device.1

“The idea was to create a minimally invasive procedure that could possibly be an alternative to surgery in selective pediatric cases,” said Dr. Zaritzky. “Any procedure that can potentially replace major thoracic surgery with a less invasive method should be considered before deciding to go to the operating room.” 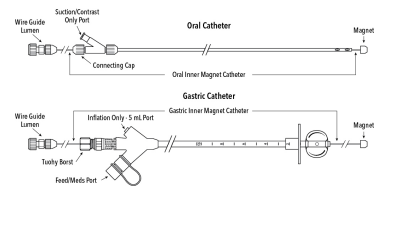 The Flourish Pediatric Esophageal Atresia Device received a Humanitarian Use Device (HUD) designation and was reviewed through the HDE pathway. A HUD treats or diagnoses a disease or condition affecting fewer than 4,000 individuals in the United States per year. In order to receive this type of authorization, a company must demonstrate, among other things, safety and probable benefit, i.e., that the device will not expose patients to an unreasonable or significant risk of illness or injury, and that the probable benefit of the device outweighs the risk of illness or injury. In addition there can be no legally-marketed comparable devices, other than another HDE, available to treat or diagnose the disease or condition.

“We’re very excited that FDA has acknowledged the importance of Flourish as a minimally invasive alternative for pediatric patients with esophageal atresia,” said Barry Slowey, president and global business unit leader for Cook Medical’s Endoscopy business unit. “This technology has the ability to provide a different approach to treatment for those infants who suffer from this condition, as well as for their parents and families.”

For more information about other endoscopy products, visit cookmedical.com/endoscopy.
Dr. Mario Zaritzky is a paid consultant for Cook Medical.

Data supporting the safety and probable benefit of the Flourish device include results from 16 patients who had the Flourish device placed. In the limited data provided, all of the infants had a successful joining of their esophagus, with no remaining gap, within three to 10 days after receiving the device. However, 13 of the 16 patients developed a complication that caused a narrowing in their esophagus (anastomotic stricture) that required a balloon dilation procedure, a stent or both to repair. Anastomotic strictures also occur from traditional surgery to repair the condition.

The Flourish device should not be used in patients older than one year, or who have teeth, which may damage the oral catheter. The device is also contraindicated in infants who have an existing tracheoesophageal fistula or who have esophageal segments that are more than 4 centimeters apart. This device should not be used for the creation of an anastomosis other than in the esophagus, patients without an established and appropriately sized gastrostomy tract, or patients having gastrostomy site signs of significant infection. Potential complications that may occur when the device is in place include ulceration or tissue irritation around the catheter implanted in the stomach and gum irritation due to pressure from the oral catheter.

About Cook Medical
Since 1963 Cook Medical has worked closely with physicians to develop technologies that eliminate the need for open surgery. Today we are combining medical devices, biologic materials and cellular therapies to help the world’s healthcare systems deliver better outcomes more efficiently. We have always remained family owned so that we have the freedom to focus on what we care about: patients, our employees and our communities. Find out more at www.cookmedical.com, and for the latest news, follow us on Twitter, Facebook and LinkedIn.