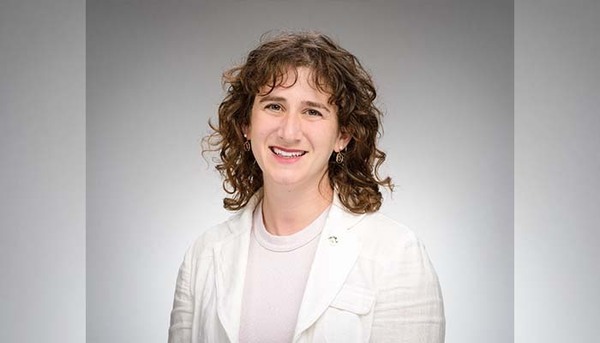 Looking up into the night sky, the cosmos might look like a messy jumble of planets and stars. But Lauren Weiss, who joined the Department of Physics as an assistant professor this fall, has discovered patterns in a universe that otherwise seems chaotic.

Weiss is an astrophysicist who studies exoplanets, or planets that orbits stars other than the sun. She observes their masses, compositions, orbits, and other properties, and the patterns she finds in this data help her investigate the origins of planetary system formation. In fact, Weiss explained that planets are often organized in specific configurations with similar spacing and size groupings. This “surprise of finding order where you didn’t expect it” has been her favorite discovery thus far.

Weiss’s research will help scientists better understand Earth’s unusual biodiversity, especially compared to the lack of organic life forms discovered on other planets. Her observations could illuminate whether there is something unique about Earth’s planetary history or placement in space that allows its many species to survive, evolve, and thrive. Moreover, the properties that Weiss observes provide insight into the habitability of planets around other stars.

“I always knew that I was going to be a professor of some variety,” Weiss said. “I love the research; I love giving it back, teaching it to new people, and especially training new scientists to keep doing creative, valuable, innovative work.”

At Notre Dame, Weiss is particularly excited to help students find their passion for astronomy. She is currently teaching a graduate-level course on exoplanets, which prepares students to conduct their own original research. The course relies on lively discussion, and Weiss appreciates that Notre Dame creates an environment for this exchange of ideas.

“In terms of Notre Dame, I think something that really attracted me to the college is the level of open-mindedness here,” she said. “I was sort of surprised as I learned more about the university in general and its mission, how deep the pursuit of knowledge is when one can keep a truly open mind.”

In addition to fostering student research, Weiss also feels excited about where her own investigations will take her at Notre Dame. In a field like astronomy, where exoplanets can take ten years or longer to orbit around their stars, scientists must often conduct studies with long-term periods of observation. Weiss explained that her new position at the University and encouragement from the administration makes such such projects possible for her.

“With the stability of being faculty here, in a lot of ways, I can pursue bigger, more challenging, riskier questions than I’ve been able to in the past, and I feel like I am totally supported in that,” she said.